Experimental Art Game
Project Overview
Paradox is an art-experimental game that communicates paranoia and anxiety using optical illusion with unusual creatures. Our team was inspired by M.C. Escher and the monochromatic graphic of “KIDS,” by Playables.
We wanted to create a surrealistic and jarring world using illusions and a monochromatic color scheme. Incorporating elements that induce anxiety, we wanted to evoke curiosity and exploration.
You explore a set of rooms that unwind and undergo changes as you progress further into the game.
Paradox intends to introduce elements that would usually be anxiety-inducing and allow exploration to transform these elements into a fascinating world blooming with curiosities.
My Contributions
3D Modeler, Animator, Programmer, QA
‍
For this project, I mainly contributed to adjusting camera movement & angles, player movement & gravity, and write looping & spawning scripts. Also, I was the main QA. Other than those, I worked on ending credits, modelings, and animations. 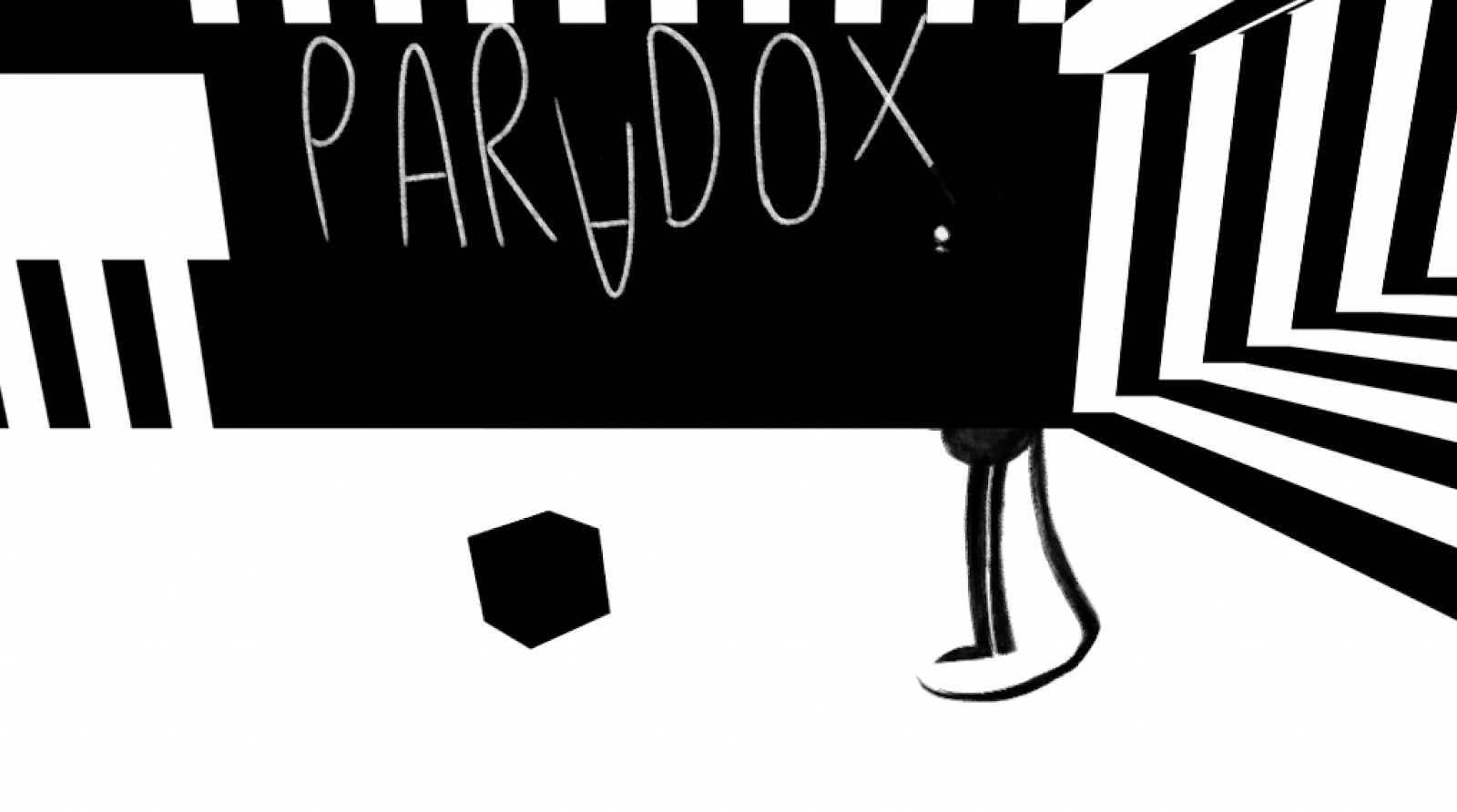 Artistic Statement
In our game, we wanted to convey the idea that although there are elements that induce anxiety, exploration can still be captivating. We were inspired by Surrealism and wanted to create a surrealistic world which combined our own interests and represented them through the artistic style of the movement. Since Surrealism can communicate very individualistic ideas through abstract, thought-provoking imagery, we were interested in creating our own dream-like world that would depict our ideas as individuals and as a team. We were intrigued by how Surrealism evokes feelings and looked at the dream-like, confusing and hallucinating aspects of Salvador Dali’s The Persistence of Memory, and the alluring optical illusions created by graphic artist M.C. Escher. Similar to how these artworks made us feel, we imagined ourselves as surrealist artists and decided what emotions we wanted to evoke. We wanted to investigate how a person could feel uneasy and fascinated with a world and explored how we could mesh together juxtaposing elements such as anxiety and exploration.

Paradox is an exploratory experience that evokes curiosity through the use of anxiety-induced elements. A lot of elements that are used to induce anxiety are often used to create a sense of horror. By using those elements to convey horror you are using them to your advantage since it is something that they’re good at doing. Instead of evoking fear, we decided to use these elements to evoke exploration. Even though these elements create uneasiness, through exploration they can become fascinating along with the environment that they inhabit. The exploration genre usually includes a grand and vast space but in Paradox, the space is small and limited. Even though it’s restricted, you can still feel the vastness of the space because of spatial and visual changes that happen within it.

Group Prototypes & Iterations
Our development started by taking elements from each of our prototypes. From each of these ideas, we started by sketching out what we wanted our environment to look like and decided to created a looping world with a monochromatic color scheme.

Our initial concept included a changing environment as you progressed in the world. We wanted to incorporate anxiety and made it so that our character continued to get smaller, creating a sense of urgency to stay alive. We also wanted the world to seemingly get worse and intense as you progress, and added visual changes like lens distortion and vignette.After the prototype, we added an inverted world for players to loop around.

We wanted to increase the space for visual changes to occur. Some visual changes include optical illusions like hidden doors and patterns. After some playtesting, we discovered that our world was very linear even though it was a 2.5D game, and players wanted to explore more but couldn’t. To further the idea of exploration, instead of just visual changes we also added spatial changes like rooms and corridors.

Our core premise was to make players feel anxious but after some more playtesting, the idea no longer made sense. Many players were more intrigued and curious by the changes that were happening around them. As a result, we made exploration of our core concept.

We wanted to make exploration captivating and enjoyable even though there were elements that induced anxiety or uneasiness. We continued to think of what could make players feel uneasy yet fascinated at the same time. When we changed our theme, there was no purpose for the character to keep shrinking. It also forced the task of collecting and took away from the experience of exploration. So we simply took it out and focused on the environmental changes in our world.

After some discussion, instead of having an inverted world, we made it so that the player would just loop through a single hallway, making it easier for players to spot differences in the environment. We also made the camera flip with the gravity, but that made players lose the perception that they were upside down. To fix this, we kept the camera rotation the same as gravity changes. 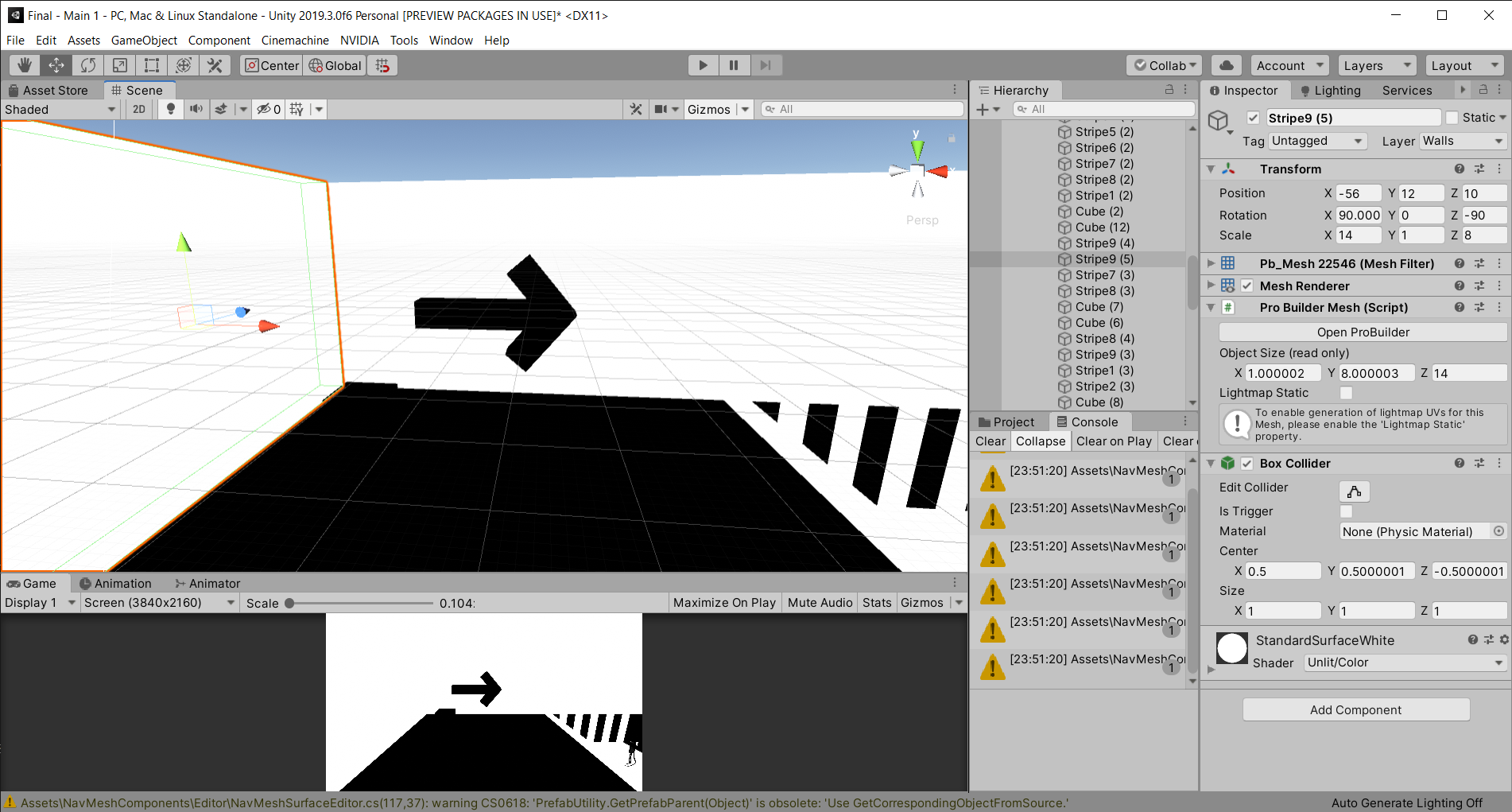 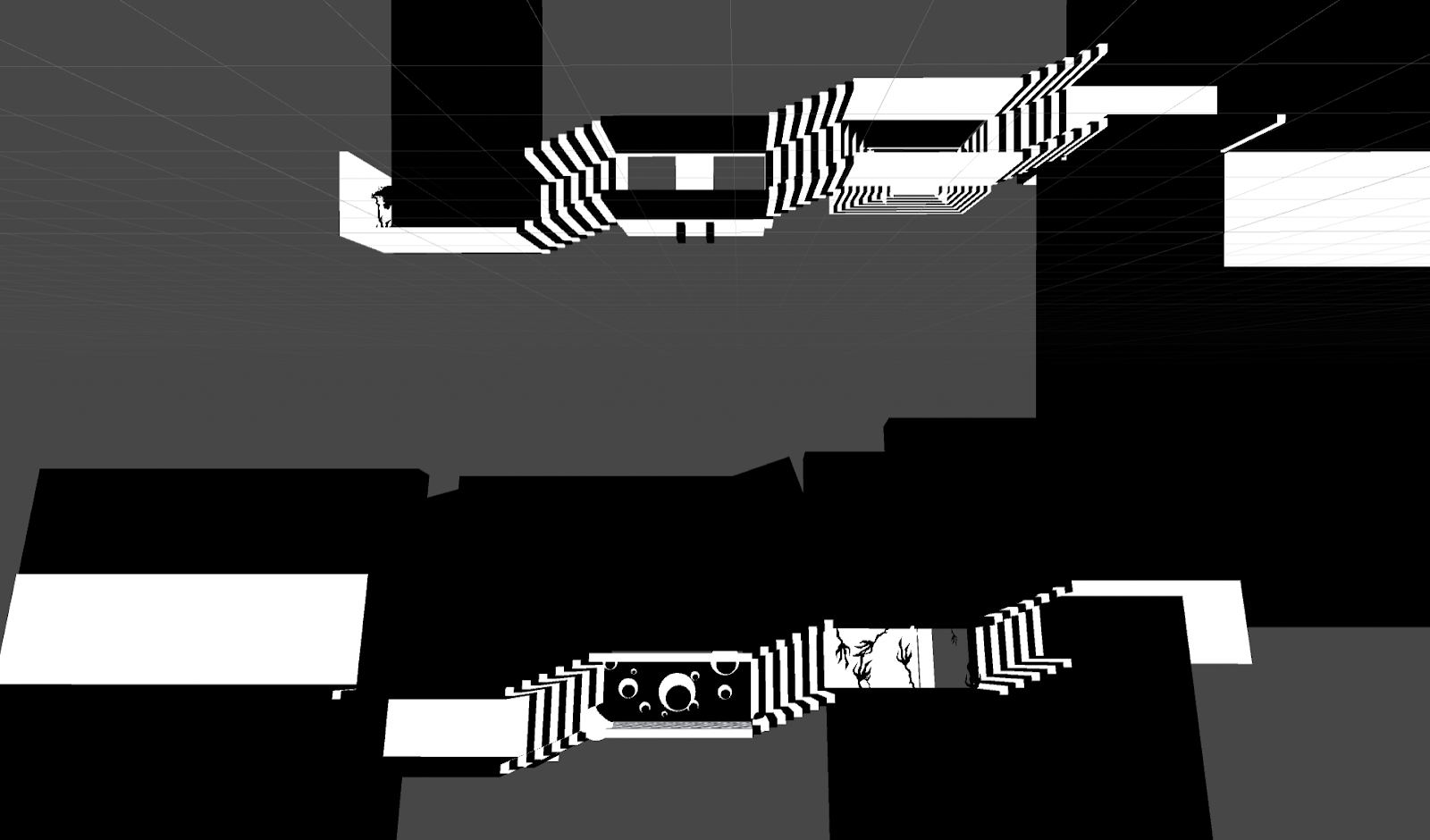 Future Iteration
For the next iteration, we would fix the player movement to create a smooth motion on the stairs, since there is a slight persistence.  Considering the feedback we received, the game is slightly redundant because the players know every loop, there are some environmental changes but similar overall. If our team had more time on the project, we planned to have a different map of the world instead of a looping world. For example, we wanted to implement a dark forest for the next scene after a few loops. We thought this would expand the exploration and captivate players by providing new things to interact with. Besides adding more environments, Having more intractable will present some sort of accomplishment.  Other than the mechanics of the game, we would like to try organic shapes for the player character since we worked on the soft body on the player.
CHECK OUT THE GAME 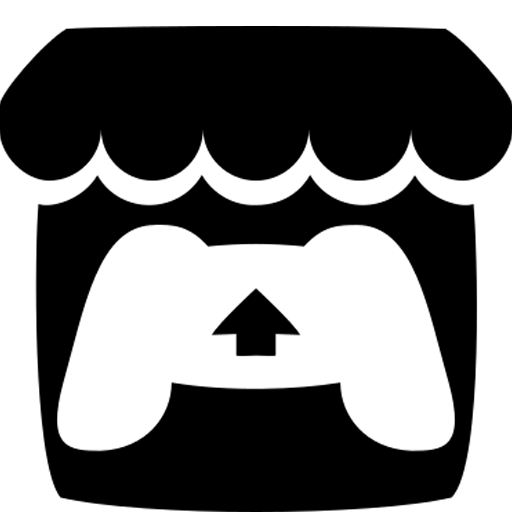